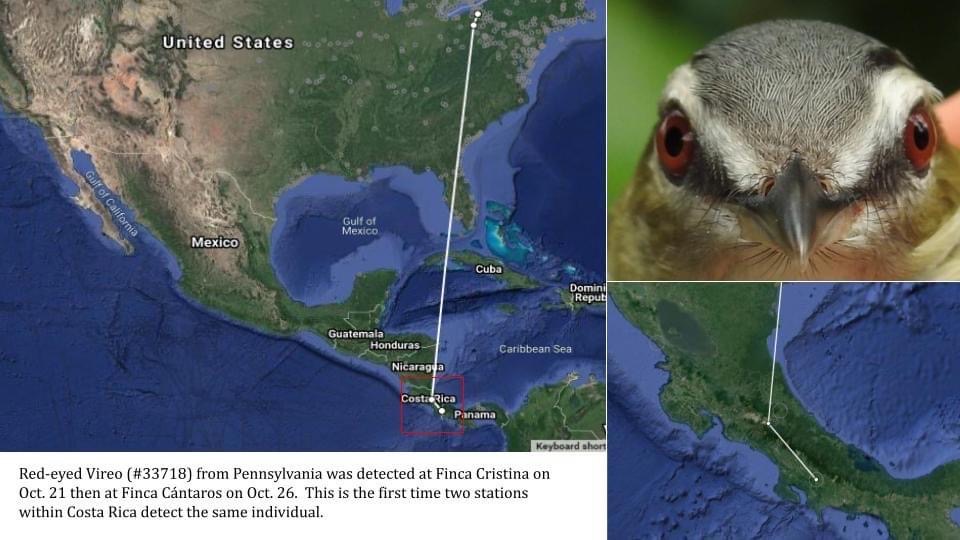 Our Motus Receiver has not only detected birds, it has connected people

The Motus Wildlife Tracking System network continues to connect more dots, as Paz and Ernesto (Central America Motus Coordinators) say. The dots on the Motus map are the sites of Motus Receivers, which serve as “eyes” that allow us to “see,” or detect, the movements of birds, bats and insects without having to literally see them (to learn more about how this works, check out their site: www.motus.org).

Connecting more dots is critical to the science and conservation work that allows us to better understand and protect countless species of animals. Further, we can collect data on scales that would not otherwise be possible thanks to this growing community science (also called citizen science) network of scientists, organizations, educators and more.

For that reason, a major 2021 highlight for me was that our Finca Cántaros Motus Receiver, set up by Ernesto and Paz, not only detected birds, it connected people.

Five out of the nine birds picked up by our receiver last year were Swainson’s Thrushes that were tagged by a project called “BC Interior Thrushes.” I’m from British Columbia! So I contact the BC Interior Thrush project lead, Dr. Kira Delmore, a fellow Canadian and associate professor at Texas A&M University. She has developed environmental education resources she would like to adapt for Latin American audiences. That’s my expertise! So now we have a collaborative project lined up for 2022 aimed at educating more youth about Motus, birds and conservation.

One of detections was a Swainson’s Thrush tagged by a long-term banding station at Warner Park Nature Center in Tennessee. The detection led one of the researchers, Laura Cook, to connect the dots between the uncle of Ernesto and the founders of the banding station. This led to a connection by Zoom to share more about our respective projects and learn from each other.

Finally, a Red-eyed Vireo was not only detected by the receiver located at Ernesto’s family coffee farm Finca Cristina, plus the receiver at Cántaros, but was tagged by an ornithologist couple that together run a research field station in Pennsylvania. Wait, I know that couple and I lived at that field station one summer!

Dr. Eugene Morton was a Senior Research Scientist with the Smithsonian for 31 years studying migratory birds, avian acoustic communication and more. I lived at the Pennsylvania field station when I was working for Gene as a field assistant on his fascinating Blue-headed Vireo research. His wife Dr. Bridget Stutchbury is a York University Professor of Biology, and she was a professor of mine during my Masters. Gene and Bridget are currently using Motus technology to test how forest fragmentation and agricultural intensification affects juvenile dispersal and survival.

Thanks to Bridget I got connected to BirdSleuth, the Cornell Lab of Ornithology’s environmental education program focused on birds, citizen science and conservation, which I later launched in Latin America. This connection led me to San Vito, Costa Rica, where I now live and have launched Finca Cántaros Environmental Association. A lovely life arc thanks to a Motus detection and connection.

So with spring migration right around the corner, here’s to to connecting more dots in 2022 that will help increase both the detections and collaborations that benefit birds, people and the planet. 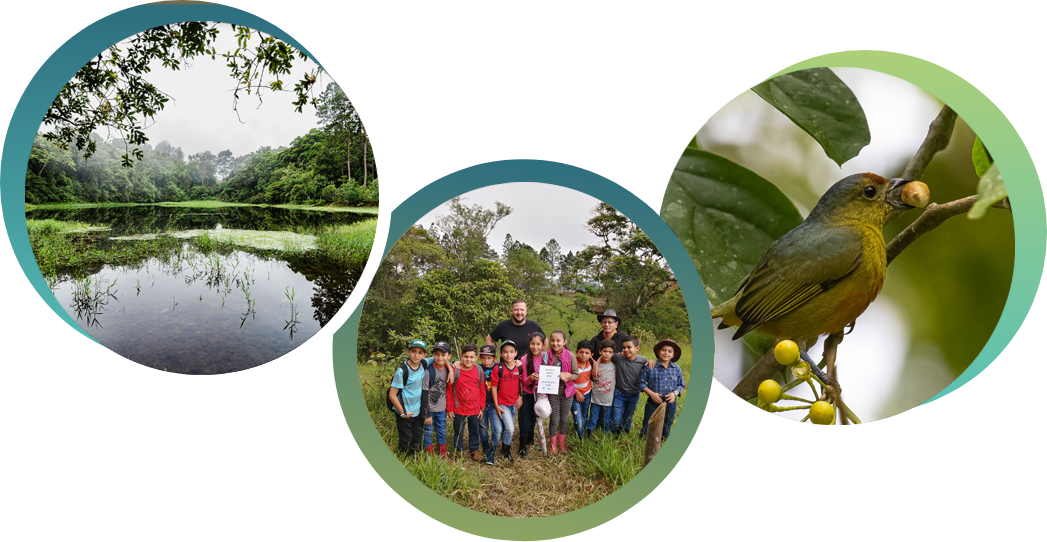